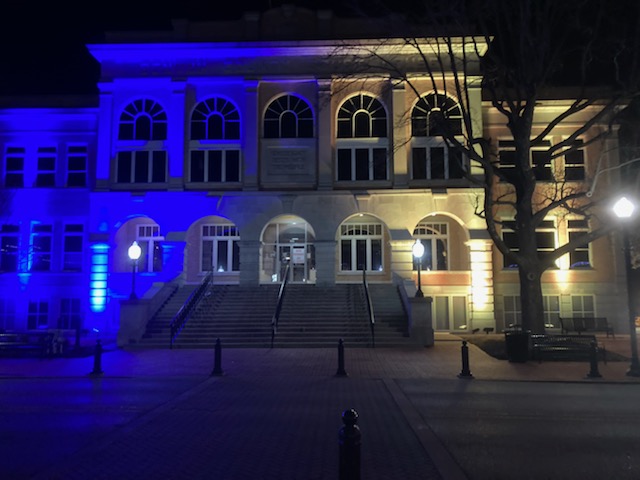 In recent weeks, Europe’s future was painted with war. Now as it has progressed everyone in the world is uncertain of this outcome, as the chance of  World War III breaking out inches nearer and nearer. Russia’s leader, Vladimir Putin, started his ‘Special Military Operation’ on Feb. 24.

Since February,  Russian forces have been forcing the Ukrainian capital, Kyiv, and other major cities including Kharkiv, Kherson, and Mariupol, according to BBC news. Despite the U.S.’ offer to safely evacuate the Ukrainian president, Volodymr Zelenskyy, has decided to stay behind and fight for his country.

Was this conflict unforeseeable though? In 2014, Russia annexed the Crimean peninsula attached to Ukraine. This triggered the uprising of pro-Russian separatists, and violence erupted in eastern Ukraine. Since then, France, Germany, Russia, and Ukraine have tried to come to an agreement; however, no resolution has been successful.

Putin also believes that Ukraine’s request to join NATO represents a broken agreement, claiming that NATO had previously agreed not to further expand in Eastern Europe. Since Ukraine meets all the criteria to join and even requested to join this alliance, Putin demanded a permanent ban on Ukraine from NATO. Since then, NATO refused to promise a permanent ban, but has been hesitant to grant Ukraine’s entry. Still, this disagreement enraged Putin and was another catalyst for the invasion.

“He’s deranged, he feels backed into a corner, he wants to revive the glory of the Soviet Union,” said Michael Allred, history teacher. ”I feel this was inevitable considering how crazy Putin is; I think a lot of people before the invasion underestimated it.”

Since the official invasion of Ukraine, other countries around the world have started standing up for Ukraine, including the United States, United Kingdom, Belgium, Netherlands, Germany, Canada, Sweden, Norway, Denmark, Finland, Germany, Portugal, Greece, Romania, Spain, Czech Republic, and Croatia, according to Aljazeera News. Most countries are sending military support, and neighboring countries in the west are welcoming refugees into their own homes. 3 million people have fled Ukraine, and 1.8 million Ukrainians are displaced in their country.

The surge in violence earlier this year caused the Ukrainian government to enact  active military drafts once again. The draft conscripts men ages 18-60 in an effort to defend the country from Russia’s unprovoked attacks. While eligible men have not been permitted to leave the country, women, children, and elders have been allowed to seek shelter in neighboring countries, including Poland, Romania, Moldova, Slovakia, Hungary.

Another impending outcome of this altercation has been the discussion around the possibility of nuclear war. Russia possesses the largest nuclear arsenal in the world, with nearly 1,600 deployed nuclear weapons and over 6,000 total warheads. Many countries fear that Russia will pursue nuclear war. In February, it was speculated that Putin made a threat to use nuclear weapons if other countries interfered with his attack on Ukraine saying there would be “Consequences greater than any you have faced in history.” It is still unclear if that was what he meant.

“I don’t think [nuclear war is possible], cooler heads will prevail,” said Joe Warren, history teacher. “I think some of it [media coverage] is fear mongering.”