YOUR MAILBOX COULD BE THE BALLOT BOX

Different ways to vote during the 2020 Presidential Election 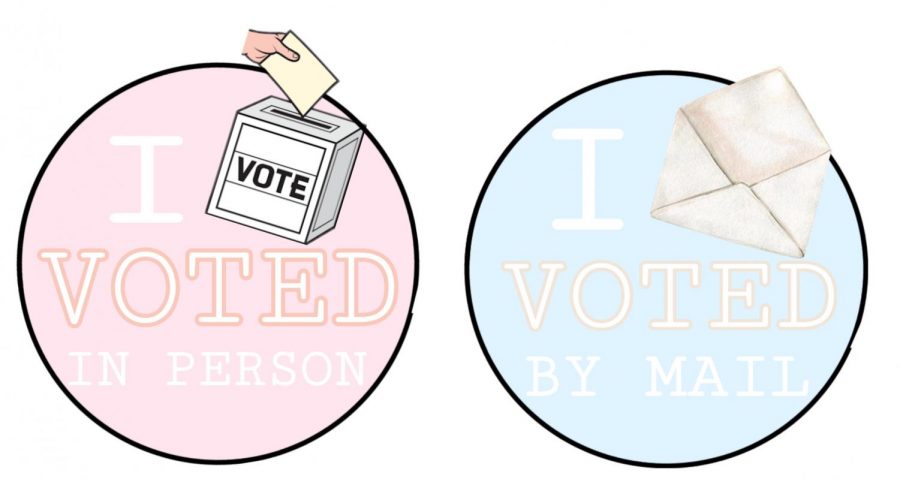 2020 election voter turnout is expected to be the highest in over a century.

As the pandemic persists, the US government is allowing people to vote from home. Some states such as California, Washington, and Hawaii will be mailing ballots directly to all voters while other states, including Texas, Indiana, and Tennessee, will not be allowing voters to receive an absentee ballot without a valid excuse beyond the pandemic. Arkansas, however, is one of the many states that will be allowing both in-person and mail-in voting without an excuse.

Voters may vote by absentee ballot in Arkansas if they are unable to be at their polling site on Election Day or unable to attend due to illness or physical disability according to Vote.org.

“I plan on voting in person because it seems to be more secure,” said Italee Danford, 12. By voting in person, voters can minimize the chances of their ballots being tampered with or not counted.

Many other people seem to agree with Danford including Hannah Scroggins, 12, who said she also plans to vote in person, so that her ballot has less chance of being tampered with.

According to the New York Times, “there is no evidence that mailing ballots to voters increases fraud in the voting process, though there have been scattered instances of the Postal Service failing to deliver ballots.”

This raises a major concern for voters who have trusted the Postal Service to safely deliver their ballots to the correct place. If their ballots are not delivered, their votes will not count.

However, if absentee voters are concerned that their ballot will not arrive on time, “many states will allow extra time for ballots to arrive after Election Day as long as they are postmarked on or before Nov. 3,” according to CNN.

To rid voters of any concerns about their ballots, the Arkansas Secretary of State has a link to track the ballots on their website. The voter will simply enter their first and last name and their birthday to check their ballot status.

If voters are still not sure they would like to vote through the mail but received an absentee ballot, they can take their mail-in ballot to their polling location and exchange it for an in-person ballot.

Whether a voter plans to vote in person or through the mail, here are some important things to remember: early voting is Oct. 19 through Nov. 2, and the general election is on Nov. 3. Absentee mail-in ballots need to be sent seven days before Election Day to ensure they arrive at the clerk’s office by 7:30 p.m. on Nov. 3.

“It is very important for people to vote. Voting is a right that is not ensured for citizens in other countries, so it should be exercised,” Scroggins said.