THE RACE ISN’T OVER

A Georgia election will decide who controls the senate 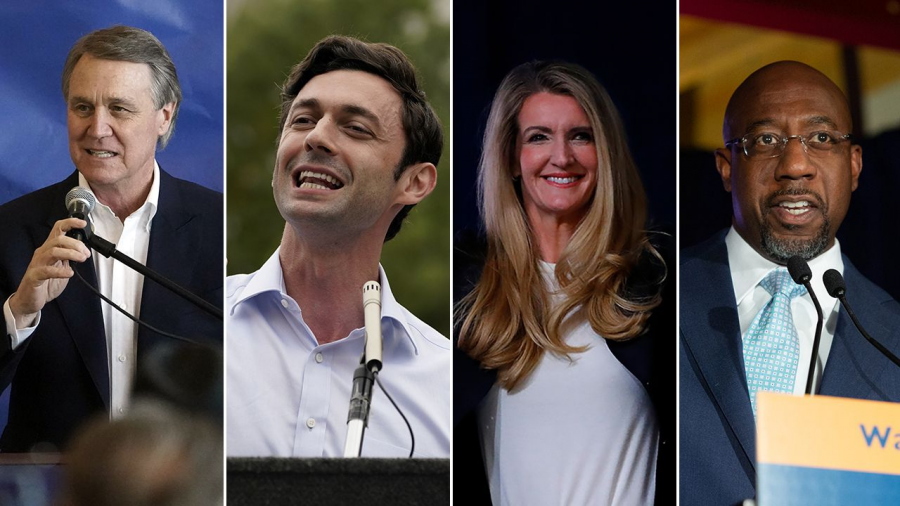 The race in Georgia is the final stepping stone in the Democratic party having a unified government.

After the results of the 2020 Presidential election showed Joe Biden was the new president-elect, voters were surprised to find the senate race in Georgia was not over yet.

Due to Georgia law, a candidate running for office must win more than 50% of the vote in order to be announced the victor, and on Nov. 3, that was not the case.

The race between Democrats Jon Ossoff and Raphael Warnock and Republicans David Perdue and Kelly Loeffler will decide who will have control over the senate.

“I think it’s important to see who wins this election because everything is riding on this. Obama had a divided government and he struggled to push through a lot of policies, so hopefully things don’t end like that this time,” Felix Albarran, 12, said.

Tensions in the Democatic and Republican parties are high as both want control over the senate. Republicans want it to block policies that president-elect Biden and the democrat-majority House of Representatives will put forward. Democrats want control of the senate to reinforce liberal policies and have a unified government.

“If the republicans win, they’ll most likely try their hardest to stop anything that Biden puts forward from ever passing. Democrats have to win to protect our democracy and help all Americans,” Delilah Rosales, 12, said.

With a democratic president being inaugurated in January, republicans are grasping for any chance they can to maintain their influence in the government. However, a main promotion that the Biden administration has put forward is collaborating with people of all viewpoints. This includes those of the republican and democrat party.

“Joe Biden is a creature of the senate, so he knows many of the senators on the republican and democrat sides,” government teacher Tammy James said. “I think he is going to be willing to compromise on some issues, and I think it is going to come down to his relationship with some of the republican leadership, like Mitch McConnell.”

With the runoff election taking place on Jan. 5, 2021, the future of the United States hangs in the balance. The potential for a unified government under democrat control is appealing to democrats in hope to undo the actions of President Trump.

“Trump set a legacy with his term that nobody should follow. Democrats winning this election is a step closer to completely removing his influence from the White House, and moving more towards progress,” Rosales said.