Division along party lines continues to plague the nation 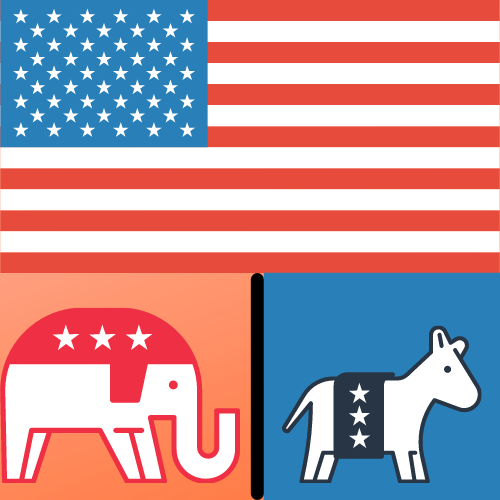 The trial has seen another hiccup, it has yet to be decided if the whole impeachment is unconstitutional.

For the first time in U.S history, the sitting president has been impeached by the House of Representatives twice in a four-year term. Charged with numerous offenses, Donald Trump officially transitioned out of office on Inauguration Day, amplifying the already political division between the Democratic and Republican parties.

Inauguration Day commenced the start of President Joe Biden’s term, and Donald Trump’s end there of. Because Democrats are determined to keep Trump as far away from the White House as possible, nine House Democrats delivered their case against the former president to the Senate in order to begin the trial process. Though Trump is no longer in office, it seems there will be no rest until the final trial determines a ruling.

“The impeachment is not only to remove him from office, but necessary to keep him from running again in the future,” said Allison Manning, 10.

While some think it is imperative to put an end to Trump’s political career, others would disagree with the severity and timing of the matter at hand.

“Going through with the trial is a moot point since Trump has already left the White House,”  Jurgensmeyer said.

Regarding the invasion of the White House, lots of citizens are unsettled and disquieted.

“This is the first time we’ve had a president of the United States actively encourage a mob to march down the streets and try to take over another branch of our government,” said John Raybourn, AP government teacher.

Like all things regarding government, the impeachment must go hand in hand with the Constitution and many are not convinced this impeachment is a matter of law, but of strong, averse opinions

To impeach him is unconstitutional. Impeachment of the president must be brought to trial after substantial evidence has been found, as opposed to rumors provided by whistleblowers, said Leslie Jurgensmeyer, English and journalism teacher.

Regardless of opinions, Trump has been impeached by the House of Representatives and the result rests in the hands of the Senate. However, the trial has been delayed for two weeks to get bearings in order.